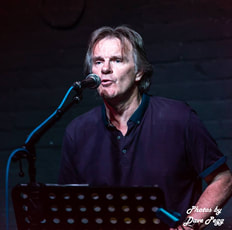 John Sandford leads the Norton Radstock GAC and our founder is Grenville Jones. The choir meets every Thursday afternoon from 2pm - 4pm at Midsomer Norton Methodist Church in the HALL. There is NO CHARGE for attending your first rehearsal and membership information is then available. COME ALONG WITH A FRIEND.

John Sandford (pictured) lives in Bath and is a Choral Music Director with over 30 years experience running children's and adult choirs. John holds a Certificate of Teaching from the Royal School of Music specialising in voice training and loves to work with individuals and groups to improve their singing technique and vocal health. He is also a member of the Association of British Choral Directors and has taken part in workshops led by leading composers such as John Rutter, Eric Whitacre and Bob Chilcott.

There are NO AUDITIONS and everyone is welcome at our afternoon Choirs... whilst some members have sung before, many are new to choir singing - it’s a great way to make new friends. You will be joining over 1000 people Singing in the Afternoons!

The Good Afternoon Choirs take part in concert and events throughout the year as well as social trips away. In 2019 some of our members enjoyed a memorable Concert Tour to Cornwall and tours are already being planned for 2022.

The Norton-Radstock Good Afternoon Choir enjoys all sorts of music – from folk songs to choral favourites. If you have any questions about the Choir please contact Jody at Grenville's office by calling 01761 472468 or emailing gac@grenvillemusic.co.uk - or just come along to your first free session, with a friend of course.