Grenville conducts the BATH, WELLS, DEVIZES﻿ and KEYNSHAM Good Afternoon Choir﻿s.
Where to start … telling you about the man called Bath’s Mr. Music by the Bath Chronicle. He has appeared on the BBC Children in Need TV programme with Gareth Malone and was one of the ‘100’ judges for two consecutive years on the BBC1 ALL TOGETHER NOW popular Saturday night show. With his many choirs Grenville has raised thousands of pounds for various charities across the UK in the last 25 years.


His other Choirs include THE Welcome Chorus Choir and The Last Choir Standing Bath Male Choir. He is founder of the Golden-Oldies Charity, and has appeared on radio and TV across the world. ‘Goldies’ (not a choir!) as it has become fondly known has developed to the point where it delivers over 160 weekly fun, SING&SMILE daytime sessions across England and Wales. For many of the people attending Goldies, it is their only social time of the week. Grenville has received many accolades for his work with the charity, but is anxious to make a point that it is the fabulous team of session leaders, and (most importantly) the hundreds of people who enjoy the fun singing sessions, who are taking Goldies forward.

Grenville's background includes a number of years managing newspapers as well as a period working as a freelance for the BBC in Bristol. He built up his own successful PR and Marketing company in the 80s and 90s and also a magazine company publishing golf titles - Grenville still likes to dust off his clubs and occasionally enjoy a round with his 3 sons, Dan, Kieron and Laurie.

Singing was always part of a Methodist home upbringing in Purton near Swindon. He used to have a tenor voice but G says that many years of choir conducting his voice have strained his voice now to a poor bass. 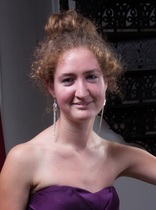 Sandie Middleton is a pianist with experience in vocal, instrumental, choral accompaniment and repetiteurship. She holds an MA in Piano Accompaniment from Royal Welsh College of Music and Drama and a BMUS from Cardiff University, where she won the Elizabeth Griffiths Prize. She has worked with Cardiff University Symphony Chorus, Winterbourne Opera and Luigi Cherubini Conservatorio di Musica, Florence, Italy.

Sian Walters - Conductor
YATE & CHIPPING SODBURY Good Afternoon Choir
​Sian graduated in singing, piano and percussion at the Royal Welsh College of Music and Drama. She has been teaching at Tockington Manor School as a Visiting Music Teacher in Singing and Piano since 1998. She has her own private music business called High C's Music Services which she also set up in 1998. Her successes include pupils gaining Music scholarships into private secondary schools, and the famous performing arts sixth form college Hurtwood House, also various music colleges and universities, pupils also gaining places in the prestigious National Youth Choir of Great Britain. Sian has also Musically Directed Youth Drama Groups in the locality, appeared as guest soloist with mixed and male voice choirs, adjudicated in local festivals and directed Youth and Adult Choirs which has gained her over 20 years experience.