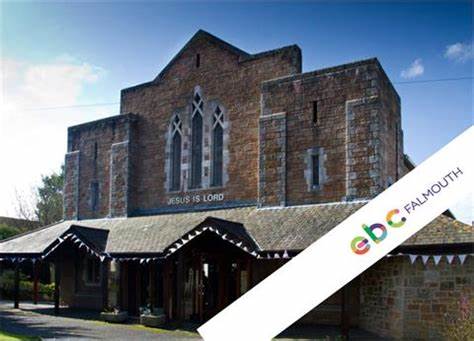 THE FALMOUTH GOOD AFTERNOON CHOIR
Email: gac@grenvillemusic.co.uk  Tel: 01761 472468
At NEW VENUE -  Emmanuel Baptist Church, Western Terrace , Falmouth, TR11 4QJ
Every Friday 1-3pm
Led by Andy Farris
​Accompanist: Ruth Best
Click HERE to download our flyer which you can share with friends and family
NEXT CONCERT - Saturday May 21st - 7.30pm
On Saturday May 21 at 7.30pm the first fundraising concert of 2022 for our new Falmouth GAC and their chosen charity, Children’s Hospice South West, will take place at Emmanuel Baptist Church, Falmouth. This will be a joint concert with Truro Good Afternoon Choir and special guests Cornwall Youth Choir. Join us for a special concert with popular melodies and songs for ALL.
FREE ADMISSION
DOWNLOAD OUR FLYER FOR MORE INFO

Come along and meet Andy Farris (pictured) our conductor and ‘discover’ great music  with NO CHARGE to attend the first rehearsal and membership information is then available. . Thousands sing in our 19 Good Afternoon Choirs across the West. There will be music, fun and concerts with special events and visits.

Andy leads the choir and our founder is Grenville Jones. We meet every Friday afternoon from 1pm - 3pm at Emmanuel Baptist Church. COME ALONG WITH A Friend.

Choir rehearsals are in 4 terms of 10 weeks and members pay £50 per term, this covers all room and piano hire, music, admin and the musician fees. You do not need to join at the start of a term, you can simply come along to any rehearsal and pick up a members form should you wish to join the choir - your fee will then be worked out for the remainder of that term.

​Andy Farris (pictured) has been involved in choirs for over 40 years starting as a boy chorister at Sheffield Cathedral from the age of 7. Follow on, he was a member of the National Youth Choir of Great Britain (and still acts as head of their Alumni Committee). After taking a Degree in vocal performance at Trinity College of Music, London, Andy went on to do professional work as a member of the chorus at Scottish Opera as well as doing solo concerts in London and abroad. Following the birth of twins in 2010 he moved from London to Cornwall and has been working for the Cornwall Music Education Hub as a vocal mentor and assistant conductor of several of their choirs, as well as running other amateur groups around the county. He is delighted to be able to join the GAC team and to help to reboot the choral scene in the Truro and Falmouth area after a long year of enforced choral inactivity and Ruth Best will be the accompanist. There are NO AUDITIONS and everyone is welcome.

The choirs support local charities, chosen by the choir members. Some of you may recognise Grenville who founded the Good Afternoon Choirs 11 years ago. He’s been seen on TV and Radio many times for his choir leaderships AND as founder of the Golden-Oldies Charity

You will be joining over 1000 people Singing in the Afternoons! The Falmouth Good Afternoon Choir will be enjoying all sorts of music – from folk songs to choral favourites. If you have any questions about the Choir please contact Jody at Grenville's office by calling 01761 472468 or emailing gac@grenvillemusic.co.uk - or just come along to your first free session, with a friend of course!


BRING A FRIEND - EVERYONE IS WELCOME!